I had my first meditation experience at Kyoto during college. I was sitting still in total silence, possibly for the first time in my life, mesmerized by snowflakes falling in the zen rock garden Ryonanji.  Our intrepid Professor Braulick at St. Olaf took the initiative to offer the first study abroad to Japan from a Minnesota college.  Had it not been for those miraculous moments on a freezing January day when myself and  24 kids straight outta’ Olaf managed to be quiet simultaneously and appreciate the rare treat of having a World Heritage Site all to ourselves,  I don’t think I would be writing this.

I managed to return to Kyoto some years later during peak season when I was working in Japan back in the 1990’s.  It was disappointing and about as “mystical” as Epcot Center.  Throngs of tourists elbowing to the front for photos–and that was before the selfie!

This year, I passed on Kyoto for reasons of crowds, cost, and time.  Moreover, my teen traveling companion was more interested in pop culture than high culture, understandably.   That said, we did visit another ancient capital, this one much closer to Tokyo, often heralded as “The Kyoto of the East.”  I dare say this (ancient capital) is as compelling as crowded Kyoto.

Here’s my not-so-short list of reasons to visit Kamakura:

Indeed, we “feel the soul of all the East” in Kamakura and in Japan in general.  So much of Asia has washed up on its shores, like sea glass. The origins are distant yet familiar, cloudy yet with some discernable details. The edges have been refined by a people who believe in perfecting everything from serving tea to handing out business cards. My proudest home schooling moment was reading this longtime favorite poem of mine on the train with my daughter enroute to see the statue.  No tour to Japan is complete without a visit to Kamakura and the Shonan coast!

And whoso will, from Pride released,
Contemning neither creed nor priest,
May feel the Soul of all the East
About him at Kamakura.

A tourist-show, a legend told,
A rusting bulk of bronze and gold,
So much, and scarce so much, ye hold
The meaning of Kamakura 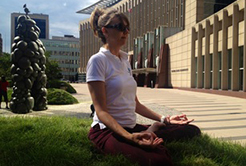